The National Psychiatric In-patient Reporting System (NPIRS) was established in 1963 by the late Dr Dermot Walsh. 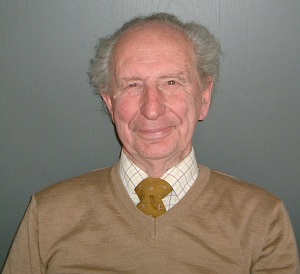 In his career, Dr Walsh made an enormous contibution to developing mental health services in Ireland. He was a consultant psychiatrist, clinical director, researcher, adviser to the Department of Health, and inspector of mental hospitals. He also played a key role in the development of mental health policy and in particular A Vision for Change (2006). A Vision for Change emphasised what was at the time a new person-centred treatment approach that sought to involve service users and their families and carers at every level of service provision. This was a radical departure from the old 'institiutional or asylum-based care' model.

After his death, the HRB established the Dr Dermot Walsh Memorial Award in his honour.

The database he set up provides detailed information on all admissions and discharges to inpatient psychiatric services in Ireland.

According to Dr Máiread O Driscoll, Interim Chief Executive at the Health Research Board,

‘Dr Walsh was so instrumental in the establishment of NPIRS in the 1960s, data from which is used today to plan services and to assist decision-making in the mental health sector’.

Data collected includes demographic data relating to each patient, such as gender, date of birth, marital status, address from which admitted and socio-economic group, along with clinical and diagnostic information, such as date of admission/discharge, legal category, order of admission, diagnosis on admission and discharge in accordance with the WHO International Classification of Diseases categories (ICD 10).