The main objective of the National Alcohol Diary Survey was to estimate personal consumption of, and expenditure on, alcohol among the general population aged 18–75 years living in private households in Ireland. The survey included a comprehensive series of questions on both the rates and patterns of alcohol consumption in Ireland and on alcohol related harm, and it involved interviewing 5,991 respondents in 3,897 households. The respondents were randomly selected using a two-stage probability sampling procedure. The survey was completed between July and October 2013, and achieved a household response rate of 67.2% and a within-household response rate of 77.1%. The survey population was weighted by age, gender and regional distribution, to ensure that the survey population mirrored the Central Statistics Office’s population estimates for 2013. 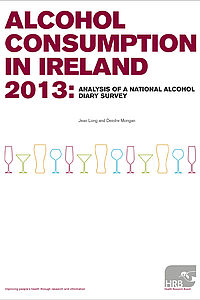