HRB compares Irish drug situation with the rest of Europe 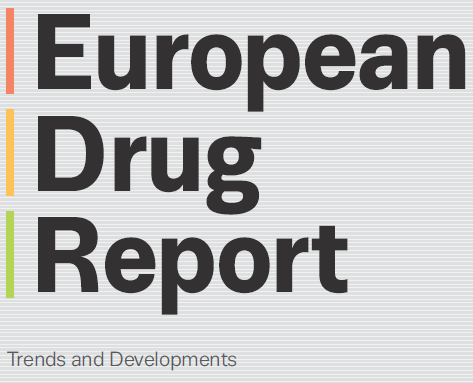 This report provides a snapshot of the latest drug trends across the 28 EU member states, Norway and Turkey.  The Health Research Board (HRB) provides the Irish data and research for the EMCDDA report.

This media brief is designed to highlight key points from the European report and, where the data are available, provide a comparison with the situation in Ireland.

Europe is seeing signs of an increase in cocaine availability, with seizures at record levels according to the latest  European drug report 2019: trends and developments. The report shows that in the EU 28, Norway and Turkey over one million seizures of illicit drugs are reported annually, around 96 million adults aged 15-64 years have tried an illicit drug in their lifetime and 1.2 million people receive treatment each year for illicit drug use. In 2018, 55 new psychoactive substances (NPS) were detected in Europe for the first time, bringing the total monitored by the EMCDDA to 730.

Commenting on the report, the Minister of State with responsibility for the National Drugs Strategy, Catherine Byrne, said: ‘The drug problem across Europe and here at home is of great concern, and the growing problem of cocaine use is particular worrying. In response, the HSE has developed a campaign to raise awareness of the dangers associated with cocaine and crack cocaine use. I have also recently allocated funding for the development of strategic health initiatives by the HSE and Drug and Alcohol Task Forces around the country, and it is anticipated they will include projects to tackle cocaine use.

The report also highlights the issue of drug poisonings. Any death from drug use is a tragedy and we must continue to promote harm reduction and prevent overdose. Across Europe, Supervised Injecting Facilities have been instrumental in reducing drug-related harm and I remain firmly committed to the establishment of a pilot facility in Dublin city. I also welcome the increase in the provision of Naloxone and training in its delivery as another public health measure which can greatly reduce overdose deaths in Ireland.’

EMCDDA Director Alexis Goosdeel says: ‘The challenges we face in the drug area continue to grow.
Not only are there signs of increased availability of established plant-based drugs like cocaine, but we are also witnessing an evolving market where synthetic drugs and drug production within Europe are growing in importance. This can be seen in problems associated with the use of highly potent synthetic opioids, in new production techniques for MDMA and amphetamines, and in recent developments in the processing of morphine into heroin inside Europe’s borders.’

Cocaine seizures, distribution and health issues
Cocaine seizures are at the highest level for many years and the drug is becoming increasingly available. Around 73,000 people entered treatment for cocaine-related problems in 2017 with worrying numbers involved in crack cocaine use, which is evident in Ireland as well.  The price of cocaine has not increased but in 2017 the purity of the drugs at street level reached the highest it had been for a decade. While large-volume trafficking is still a major challenge for law enforcement agencies, there is increasing evidence that distributors are taking advantage of the opportunity presented by social media, the darknet and other technological advances.

Heroin is still the most common illicit opioid on the drug market in Europe and is a major contributor to health and social costs. Seizures of heroin and of acetic anhydride, a precursor chemical, have increased as have discoveries of heroin-processing laboratories. The synthetic opioids that have driven the opioid epidemic in North America only represent a small share of the European drug market but they are growing concern with links to overdoses and death. Six fentanyl derivatives were detected in Europe for the first time in 2018.   Drug treatment monitoring data indicates that one in every five clients entering treatment for opioid use now reports a synthetic opioid as their main problem drugs.

Cannabis remains the most widely used illicit drug in Europe. Some 17.5 million or 14.4 % of young Europeans (15–34 years) are estimated have used cannabis in the last year (EU-28). Around 1% of adults (15–64 years) in the EU are estimated to be daily, or almost daily, cannabis users. Cannabis is now the substance most often named by new entrants to drug treatment as their main reason for contact.
Synthetic drug production in Europe appears to be growing, diversifying and becoming more innovative. Europe is producing amphetamines and MDMA for use in Europe and globally.  The purity of both types of drugs is as high as it has been for several years and there are indications of increasing levels of production, such as raids on MDMA laboratories and detections of precursor dumping.

Comparison of the EU and Irish drug situation

Cannabis: availability and use

Journalists can access the European Drug Report 2019 and all related documents at the following link. http://www.emcdda.europa.eu/edr2019

If you have any queries in relation to the Irish figures, you can contact:
Gillian Markey, Communications Manager, Health Research Board
m +353 87 2288514    e gmarkey@hrb.ie