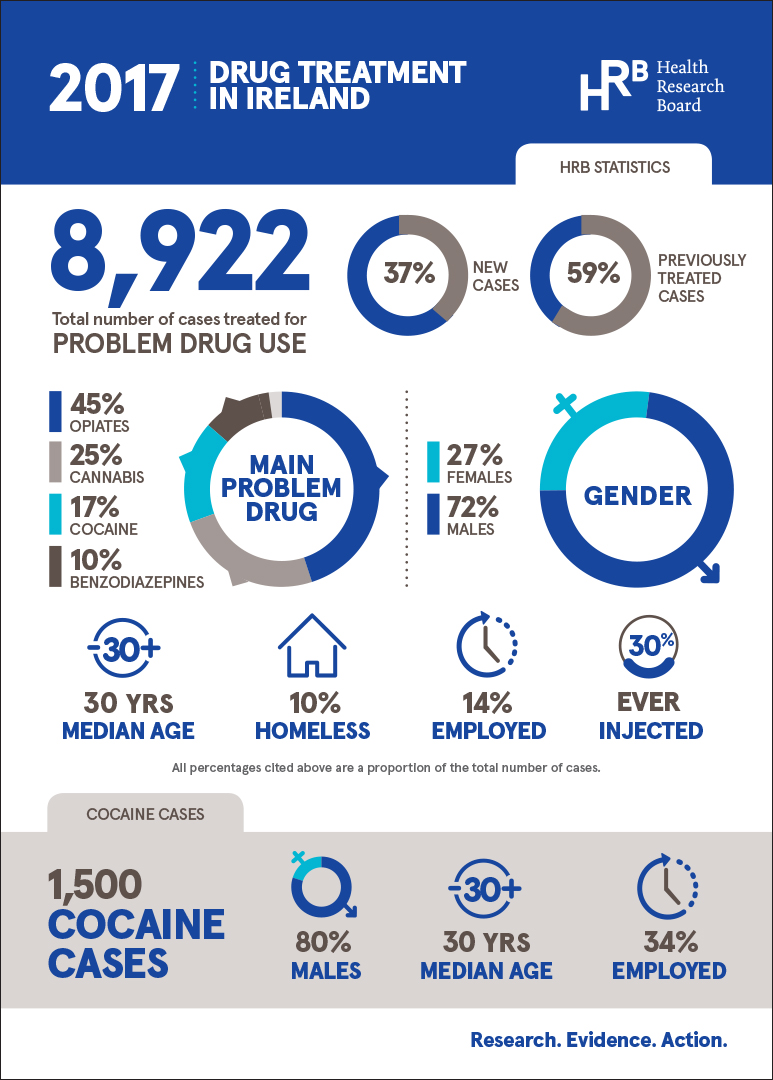 Darrin Morrissey, Chief Executive at the Health Research Board says,

‘Problem drug use continues to seriously impact people throughout Irish society. This is evident in the drug treatment data presented today, as well as the HRB’s recent drug-related deaths and alcohol treatment reports. Over the recent period of economic recovery, drug treatment trends are changing and the data we analyse from the HRB information systems helps to inform health services provision and the health policy responses to problem drug use in Ireland’.

‘Cannabis remains the most common drug among cases entering treatment for the first time.  Four in every 10 new cases were treated for problem cannabis use, many at a young age - the median age for new cannabis cases was 21 years, compared to 32 years for opiates and 28 years for cocaine’.

The full report is available to download from the HRB website at www.hrb.ie/publications and www.drugsandalcohol.ie/30197. An infographic that outlines key data is also available for download.

This paper describes trends in treated problem drug use in Ireland over the seven-year period 2011 to 2017, as recorded by the National Drug Treatment Reporting System (NDTRS). This information will assist policy makers, service planners and public health practitioners to develop appropriate responses to problem drug use in the future.

The Health Research Board (HRB) is the lead agency supporting and funding health research in Ireland. We manage four health information systems in the areas of alcohol and drug treatment, drug deaths, disability and mental health, and generate evidence to inform health policy. Our aim is to improve people's health, build health research capacity and underpin developments in health service delivery.