The science of implementing health evidence

For some health conditions, we know the best thing to do for the best outcome. But how do you encourage and support people to adopt best practice? Dr Sheena McHugh’s research looks at implementation science in health. She talks to Dr Claire O'Connell ... 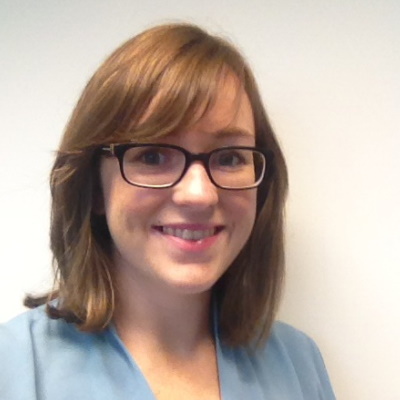 f you have diabetes, getting regular eye screening is important. But how do you get people to go for screening in a timely fashion? That is just one question that Dr Sheena McHugh is exploring using implementation science.

‘I am studying the ways that we can improve the application of research into practice’, explains Sheena, who is a lecturer and health services researcher at the School of Public Health at University College Cork. ‘People also call it knowledge translation, and it looks at how we can get effective, evidence-based interventions into routine care’.

‘Our research in Ireland and studies internationally have shown there can be practical barriers to people not coming in for screening’, says Sheena. ‘That might be that the appointment is at a time when they have to be at work, or screening is in a place where it is not convenient to get to’.

There can be psychological barriers too, she adds: ‘People might have a fear of what the screening could find, or perhaps the person is not feeling any symptoms so they think there can’t be damage and there is no point in going’.

A good IDEA for eye screening

‘We are working with GPs and practice nurses who are identifying people who have not participated in screening and recommending that they attend’, says Sheena. ‘And we are developing information to help people overcome the barriers, such as alerting them that they can rearrange the time of their appointment to suit them better and helping them to overcome psychological barriers too’.

A pilot trial in eight practices – four with the additional process for identifying and reminding people and providing them with information and four ‘controls’ without those processes – has been running in practices across Ireland and will finish up shortly.

‘We will gather the evidence from those practices and see if it is feasible to run a larger trial to test the effectiveness of the intervention’, says Sheena. ‘We should know by the summer how the approach has been working at this small scale’.

Sheena is also working with collaborators in the HSE on the implementation of community-based risk assessments for older people at risk of falls. The system for referring older people for falls risk assessment has recently changed in Cork - requests now go through a central point of contact and local clinics have been set up in the community so they are closer to home for people attending them. ‘I have been evaluating the implementation of that change’, says Sheena. ‘I was interested in how this complex service change was being implemented and how it is being received by staff and services users. For me, sometimes it doesn’t matter necessarily what the intervention is, I am interested in the implementation process and how to improve it, and how it works in practice and how we might be able to scale it up to other areas.

It’s hardly surprising that Sheena is asking such important questions – growing up in Roscommon she was known for her inquisitive nature. ‘My Mum said I asked a lot of questions’, recalls Sheena. ‘But I didn’t know at that stage that you could have a job as a health researcher’.

This sparked her to do a Masters in health psychology at University College London, where she researched how people with diabetes think about their illness and how to manage their condition. ‘When I was in London in the mid-2000s, I saw an ad for a a HRB-funded PhD in health services research back home in Ireland’, says Sheena. ‘I had been looking at PhDs in England, but this sounded so interesting and I liked the structure, so I applied for it and did it’.

The course is now called the SPHERE programme, and it has built up an impressive level of people with public health skills in Ireland. ‘I enjoyed my time on the programme, and I am still good friends with people from my cohort or group’, says Sheena, who went on to work as a post-doctoral researcher in Ireland, looking at health service use across sub-groups within the population.

An independent fellowship from the Centre for Ageing Research and Development in Ireland (CARDI, now part of the Institute of Public Health) allowed Sheena to start building her own research into implementing measures to prevent falls in older adults, and she has continued to grow her research from her base in Cork.

Thanks to a HRB Fulbright Impact Award, Sheena spent several months in the Gillings School of Public Health at the University of North Carolina at Chapel Hill. ‘That was one of the best things I ever got to do’, says Sheena. ‘Implementation science was still relatively new back home at that time, but in the U.S. it was well established. I worked with Byron Powell there, who is a leader in implementation science, and I got to meet and work with people I had been reading about. It was a really good experience’.

Sheena recently received a HRB Research Leader Award, which will give her the chance to build capacity in implementation research in Ireland. ‘It is giving me time and space and resources to look at ways of tailoring implementation and make it faster and more effective’, she says. ‘I want to grow the evidence for implementing effective interventions’.

All long-term research has its ups and downs, and Sheena has excellent advice for those who travel that road. ‘I have started to think less about getting to a destination’, she says. ‘I am trying to enjoy the journey more, the variety in my job and getting to use my own examples when I am teaching my students. I show them the research I have done and the way I did it, and explain the pitfalls we encountered. When things don’t go to plan, I can use it as an opportunity to teach myself’.

Even when she is not directly working on the research, Sheena sees examples of implementation and barriers and opportunities all around. ‘I think I don’t fully switch off’, she says. ‘To take a break I do other things - I love running and I love baking. Balance is important'.