Research to get babies off to the best start

Professor Deirdre Murray in University College Cork is identifying patterns in infancy and early childhood in order to help support children in their development. Her research is paving the way for new methods to monitor for brain injury at birth and to assess cognitive skills in children. She talks to Dr Claire O'Connell ... 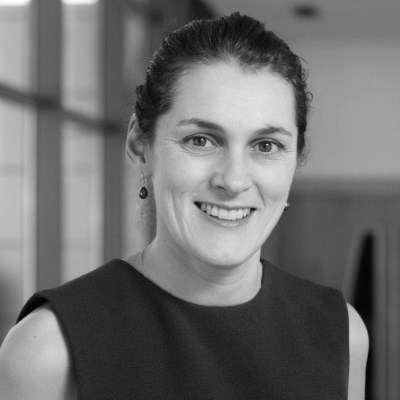 Tús maith, leath na hoibre – a good start is half the work. That old Irish expression can be well applied to health, because what happens in our first months, days and even hours after birth can have an impact on our health and wellbeing into later childhood and beyond.

For Professor Deirdre Murray, that period offers a crucial window to both understand and support babies and toddlers in their development. As a paediatrician and a Principal Investigator at the INFANT Centre in University College Cork, Deirdre is working on many studies with thousands of parents and children to find out when and how a child could benefit from a helping hand.

Deirdre’s interest in engaging with parents and babies to improve health was fuelled by her early experiences studying medicine at UCC.

'My first research project when I was a student doing volunteer work in Zimbabwe, and I was upset seeing all the babies attending for HIV testing', she recalls. 'Once the doctors did a HIV test, the mums took their babies home and did not re-attend for the results as they did not want to know. I wanted to see if we could focus our testing on those most likely to be positive and encourage the mothers to return so the baby could get treatment. I think this planted the research seed for me'.

After she qualified as a doctor, Deirdre trained and worked in pediatrics in Ireland, in the UK and in Australia, and research grew as an integral part of her activities.

When she returned to UCC, Deirdre became a driving force in the BASELINE study, funded by the National Children’s Research Centre, which has recruited more than 2,100 parents and babies. Its size makes BASELINE one of the largest and most detailed mother-child cohorts in Europe, and by following up with the parents and babies at multiple ages from birth to 5 years, the study is publishing important findings regarding children's early growth, development and multiple health outcomes, including eczema and food allergies.

Having the data on typical growth and development patterns for babies is an important backdrop to identify when a child might need support, but sometimes the signs are truly invisible. Deirdre has a strong interest in a type of acquired brain injury called Hypoxic-ischaemic encephalopathy (HIE), where there is an interruption of the oxygen supply to the brain during birth. More than a million babies die from HIE each year globally, and in Ireland it affects around 200 babies annually.
For some of those babies, the long-term impact can be severe, including difficulties in moving or learning.

'One way to potentially reduce the severity of the impact is to cool the baby within a few hours after birth, and this is something that we are set up to do, but you have to know which babies would benefit from this treatment and it’s not always obvious', explains Deirdre. 'At the moment, we probably miss about a fifth of the babies who would benefit from being be cooled'.

With Clinician Scientist Award funding from the HRB, Deirdre set up a project called BiHIVE, in which she and colleagues in Cork have been working with the Karolinksa Institute in Sweden to collect and analyse umbilical cord samples at the time of birth. They have discovered particular patterns of biochemicals in these samples that may be linked with brain dysfunction and HIE.

'It’s very exciting', says Deirdre. 'We hope now that we can bring our findings forward into a test that could be carried out reliably and quickly at the time of birth to help identify more of the babies who will do better if they are cooled quickly'.

Another exciting development arising from the research is a new tool for assessing thinking and learning skills in babies and toddlers. 'It’s important that where a baby has HIE that we can track their cognitive skills as they get older, but the assessment that is typically used relies on those babies and toddlers understanding commands', says Deirdre. 'So we worked with a games company, Hello Games UK, on a new app called Babyscreen that works on touchscreen devices. From the age of 18 months and up, the toddlers can use that app and it allows them to be assessed for quite subtle cognitive abilities without the need for them to understand language-based commands. Babyscreen is being used by researchers in the UK, Middle East and Africa, and we have now just started to develop the next version of the app'.

One of the keys to all of her research is the willingness of parents to participate with their babies, and for this Deirdre is immensely grateful. She also wants to ensure that the study design grows and adapts to the participants’ needs too. 'One of the things that HRB funding has allowed us to do is to ask parents about the experience of taking part in the trials', she says. 'The vast majority were very happy with how they were approached and how the studies were carried out, and we got good suggestions on how to improve our recruitment process even further. Also, many of the parents enjoy learning about how their child is developing and understanding more about how we study that'.

As a parent herself, Deirdre’s life outside the clinic and lab is also focused on children. 'Myself and my husband Paul have three children', she says. 'So a lot of the evenings and weekends are focused on their activities and being together as a family. It’s busy juggling everything but I feel lucky to be able to do it. It’s a privilege to get to do what I do'.