Dr Cathal McCrory works on the TILDA study and is a member of LIFEPATH consortium, and he is discovering stark links between socioeconomic background, long-term stress and poorer health in ageing. He talks to Dr Claire O'Connell ... 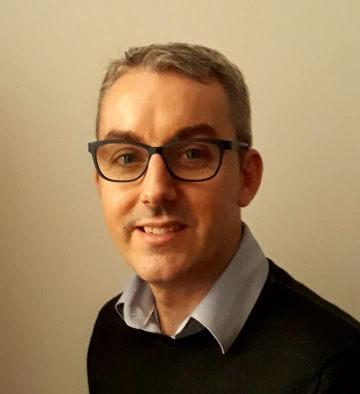 How old are you? No, how old are you really? Chances are that your chronological age – the one that dictates the number of candles on the cake each year – differs from your biological age, and that in turn can affect your life expectancy. For Dr Cathal McCrory, it forms the backdrop to a critical question: how can socioeconomic factors affect people’s health and life expectancy?

‘My work looks at socioeconomic inequalities in health and life expectancy across various groups of people’, explains Cathal, who is a Senior Research Fellow in Psychology at Trinity College Dublin, where he works on The Irish Longitudinal Study on Ageing (TILDA) and the Horizon 2020 Lifepath project.

‘We know that on average, individuals from lower socioeconomic backgrounds develop diseases earlier and die earlier compared with their more advantaged counterparts, and studies show that these differences in ageing rates happen in lots of different countries, even those with universal healthcare and welfare systems’.

In particular, Cathal is exploring the long-term effects on ageing of stress, and not the good kind. ‘Psychologists have known for a long time not all stress is bad, for example if you run on a treadmill that is a form of stress but it can have a positive effect on health’, he explains. ‘I’m interested in the stress associated with scarcity, with not having enough to pay the bills or put food on the table. That kind of stress puts you into survival mode and over time it can damage physiological systems in the body’.

Before Cathal moved to Trinity, he worked with the Economic and Social Research Institute (ESRI), and he explored the Growing Up in Ireland study to look at the effect of the recession on aspects of child health. ‘The study book-ended the boom and bust in the economy and formed a type of natural experiment that allowed us to look at the impact of changing social circumstances on children’s health’, he says. ‘The study started gathering data on the participating families in 2007 when there were low rates of unemployment in Ireland, then went back in 2010 when we were in the economic trough, and then back again in 2013’.

Cathal has also been looking at factors affecting ageing and health later in life at TILDA, where he leads the Behavioural and Social Sciences Group.

Since 2009, TILDA has been collecting extensive data about participants who were over 50 at the start of the study, and Cathal is interested in how aspects such as income, education, social class and neighbourhood effects could be linked with physical manifestations of ageing.

‘We found that people with low incomes have a relatively fast resting heart rate, three beats per minute faster than the financially better off’, says Cathal. ‘Think about that over the course of a lifetime, it adds up to millions of beats and that is wear and tear on a vital organ’.

He found too that people from disadvantaged backgrounds tended to walk more slowly: ‘We could see in the assessments that they were about 10 cm per second slower, and slow walking speed is a potent indicator of poorer cardiovascular, muscle and bone health’.

Cathal also looked at the less visible but also important indicators of ‘epigenetics’, which are changes that affect the expression of genes. ‘Your epigenetic clock is a good indicator of biological age’, he explains. ‘When we took blood samples and analysed them, again we saw that people from lower socio-economic backgrounds tended to be biologically older than their chronological age’. He is now trying to understand what is causing these epigenetic changes.

The Health Research Board is now funding Cathal to explore the links with stress and such differences in health in ageing. He is measuring a suite of markers in the TILDA participants that can tell if and how much the body is being damaged by chronic stress, including internal markers of inflammation as well as blood pressure, heart rate, BMI and hip-to-waist ratio.

The project has been running for nine months and already the results are standing out. ‘We can see really steep socioeconomic differentiation across groups’, says Cathal, who will also be supported by the HRB to look at markers of cellular ageing called telomeres in the TILDA group.

Overall, the results are telling a powerful story about how long-term stress triggered by a person’s situation in society can have an impact on the health and rate of ageing. ‘Differences in exposure to income and housing can elicit strong physiological stress reactions’, says Cathal.
‘We are working to understand the mechanisms through which low socio-economic position and chronic stress shortens the human lifespan, and we are seeing clear links in the studies’.