Getting new mothers off to a flying start

Professor Cecily Begley wants to protect the health of new mothers, and she is currently driving HRB projects to reduce the numbers of C-sections and help women experiencing health problems after birth. She talks to Dr Claire O'Connell ... 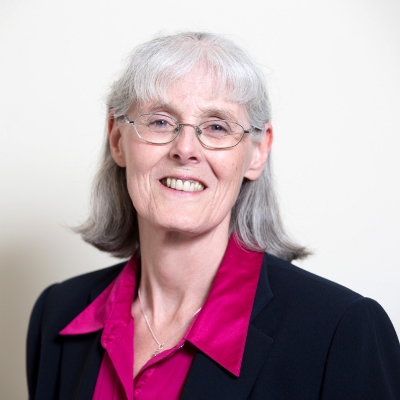 Caesarean-section births in Ireland are soaring. In recent years, they have risen from around 25% to more than 30%, and to put that into context, the World Health Organization states that C-Section rates greater than 9-16% are not associated with any decrease in maternal or neonatal mortality.

It’s an unacceptable situation, says Professor Cecily Begley, who is leading the HRB-funded REDUCE project to lessen the numbers of women undergoing C-sections in Ireland. ‘These operations carry higher risks of injury and even death for the mother’, explains Cecily, who is the Chair of Nursing and Midwifery in Trinity College Dublin. ‘Why are we putting mothers’ lives and health at risk when often there is no medical need?’

Cecily and her team on the REDUCE project have systematically reviewed the medical literature on C-sections as outcomes, and they have carried out surveys and focus group interviews with clinicians and new mothers in Ireland.

They found that convenience, litigation and insurance payments are driving factors to do C-sections, and the REDUCE project has now compiled a list of 27 actions that can be taken in hospitals to help avoid medically unnecessary C-sections.

‘They include continuous one-to-one support for the woman from midwives and the need to check the way the foetus is presenting at 36 weeks, then attempting to gently turn a breech foetus’, says Cecily. ‘Also it’s important that women with low-risk pregnancies do not have electronic foetal monitoring [in labour], because this pushes up the likelihood of unnecessary interventions’.

The REDUCE project is now starting to work with clinicians and staff in hospitals to figure out together how to reduce C-section rates. ‘I love this implementation aspect of the project’, says Cecily. ‘It’s so important that we work with the clinicians because without their buy-in, we won’t get the positive changes’.

The hope is that the intervention will see C-section rates reduce in the hospitals in Ireland where the study is being carried out, and Cecily now wants to roll the intervention out across Europe: she is preparing a proposal for a Horizon 2020 project with partners in the EU.

‘Reducing the C-section rates will help in so many ways for the health of mothers and also the workloads of maternity hospitals’, she says. ‘I think if we manage to halve the C-section rates in Ireland, we could solve a lot of the staffing issues in maternity hospitals here. It will generally reduce the lengths of hospital stays and the medical care that women need after birth, and if we can avoid first-time mothers being given C-sections when they don’t need them, they will be less likely to have sections on subsequent babies’.

As well as actively changing practices in maternity hospitals, Cecily co-ordinates the HRB-funded MAMMI project, which looks at the health and wellbeing of mothers in pregnancy and in the first year after giving birth.

The study has now recruited more than 3,000 women and has highlighted issues that many suffer in relative silence, including depression, incontinence, pelvic pain, anxiety and sexual health difficulties.

Cecily is keen to ensure that women know to speak up, because help is possible. ‘At the six-week check-up after birth, as many as 80-90% of women are not asked by their GP or Public Health Nurse if they have these problems’, she says. ‘Instead the focus is on the baby, and the mothers are often too embarrassed to ask, or they have heard from older generations that these are just part and parcel of childbirth. But simple pelvic floor exercises can address many cases of incontinence, and with HRB funding we have been working with the Rotunda Hospital to produce videos about these exercises, and now we are making new ones about sexual health and anxiety after birth’.

Today, Cecily is one of the leading researchers in Ireland on women’s health in pregnancy and childbirth, but she almost didn’t set out on that path.

‘When I came out of school I was all set to go to Trinity and study maths’, she recalls. ‘I had my place there, and then at the last minute I decided I wanted to work with people, and I switched to nursing and midwifery. Six weeks into the course, I knew this was right for me and I decided to stay’.

While training and working in the Coombe Women & Infants University Hospital, Cecily developed an interest in research. ‘I was always asking ‘why’ about everything, and I was disgusted there were no answers’, she says. ‘So I decided to get into research and find out’.

Another great passion in Cecily’s life is flying gliders, and it’s her way to get a break from the busy work life. ‘I’ve been flying gliders since I was 16’, she says. ‘I read an article in the Reader’s Digest about a man who set a height record in the UK and thought I wanted to do that. Then by complete coincidence I was doing a babysitting job and there was a picture on the mantelpiece of the child’s mother in a glider, so I asked about where she did that and it led me to the Dublin Gliding Club. I love it, the minute you start flying you just forget about everything else, it’s an absolute lifesaver’.