Why do doctors leave Ireland? And how can we encourage them to stay or to return if they have already gone? Dr Niamh Humphries has just started a HRB-funded project to get some answers on an issue that is critical for Ireland’s health service. She talks to Dr Claire O'Connell ... 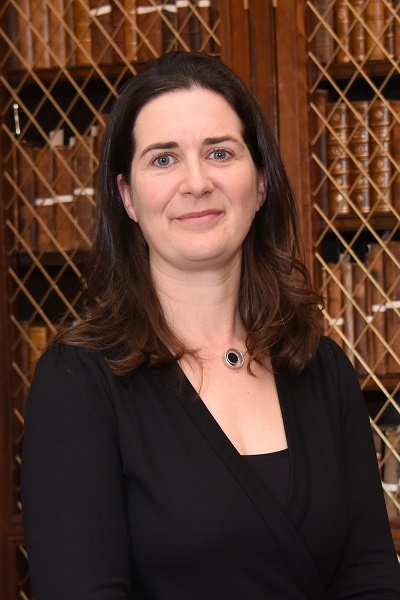 It’s not new for doctors who train in Ireland to go abroad. In fact, it might even be expected in order to obtain specialist training and to work in another health system. In the past, the assumption was often that they would return home with that experience. But what if they leave because working conditions are becoming intolerable? And what if they don’t ever come back?

It’s a stark scenario with potentially devastating results for healthcare delivery in Ireland, and we need better data to help us anticipate, manage and tackle it.

That’s why Dr Niamh Humphries will be getting on a plane for Australia herself and finding out why Irish-trained medical staff have moved there and what might encourage them to return home. It’s part of a major new HRB-funded project she is leading, and it builds on previous research she has carried out on the health workforce in Ireland.

‘The main problem is that we are losing a lot of Irish-trained doctors to emigration’, explains Niamh, who is a Reader in Health Systems Research at the Royal College of Physicians of Ireland. ‘We want find out why they are leaving and where they are going, and we want to encourage them to stay, or to return’.

Niamh first became interested in migration and in applied social research when she did her PhD in sociology at University College Dublin, looking at refugees and housing in Ireland. Then she moved to the Royal College of Surgeons in Ireland and worked with Professors Hannah McGee and Ruairi Brugha on the Nurse Migration Project, looking at the inward migration of nurses.

‘The whole area of immigration and emigration of health workers is such an interesting and critical area, because if you don’t have enough medical staff you cannot deliver care’, says Niamh. ‘And here I am 10 years later still working on it’.

While she was in RCSI, she started looking more broadly at why Irish-trained health workers were leaving Ireland and where they were going. She sent out a survey in 2014 to emigrant doctors and nurses and obviously hit a nerve, because she received a rapid and large respons.

‘The doctors and nurses were really engaged, they took the time to fill out the survey and they provided lots of information in the open-ended sections’, recalls Niamh.

So, what did the study find? Australia was the main destination for Irish-trained doctors, and while the negative impact of the recession combined with the lure of the Australian lifestyle helped to shape decisions to leave, many felt they had been pushed out of Ireland.

That study paved the way for the larger-scale Hospital Doctor Retention and Motivation study that Niamh is starting now at RCPI, supported by a HRB Emerging Investigator Award.

‘The HRB award is an incredible opportunity’, she says. ‘It’s both exciting and terrifying to have green light to do this project you have wanted to do for ages and one which is so important to the Irish health system’.

The four-year project will span Ireland and Australia, it will see Niamh working with a colleague in the University of Melbourne and building up her own research group in Dublin.

‘In Australia, we will be analysing available data on Irish trained doctors in Australia and carrying out face-to-face interviews’, she explains. ‘We then want to focus more deeply on a couple of hospital workplaces where we identify a large concentration of Irish-trained doctors and talk to the HR department, recruiters and senior stakeholders. We want to get a handle on whether they are actively recruiting or if the Irish trained doctors make their own way there. We also want to find out whether doctors tend to stay for the short term or do they stay for longer and train in new skills and specialties’.

The other part of the project will take place in Ireland, looking at two hospital workplaces and exploring the motivation and experiences of doctors working there. ‘Ultimately this project is about improving the Irish health system so we can retain doctors and encourage the ones who have left to return’, says Niamh.

The project will provide important baseline data for an area where statistics are thin on the ground. ‘With changes like Brexit coming, we need to pin down data about the numbers of medical staff leaving and coming into Ireland, if we don’t begin to measure that now we won’t know whether and how things are changing’, says Niamh.

‘Ireland has long had a culture of medical migration with doctors traditionally returning after a period abroad, but if doctors  are leaving and then not returning then we need to know about the scale of that, because that will have a huge impact on the Irish healthcare system down the line. Already we are finding we can’t fill consultant posts here’.

With such a large and exciting project kicking off, Niamh has a busy work life, and with two young children family life is busy too. But sports help Niamh to find a balance. ‘I love cycling and for the last three years both myself and the kids have been practising Aikido’, she says. ‘It’s a martial art where you redirect the attacker’s energy away from you, so it’s a form of self-defence but you don’t inflict too much damage. It’s a great way to keep physically active and burn off any stress’.