Professor Tom Fahey recently joined the Board of the HRB and brings a wealth of experience in using data to improve the delivery of primary care, including software to reduce unnecessary and inappropriate prescriptions. 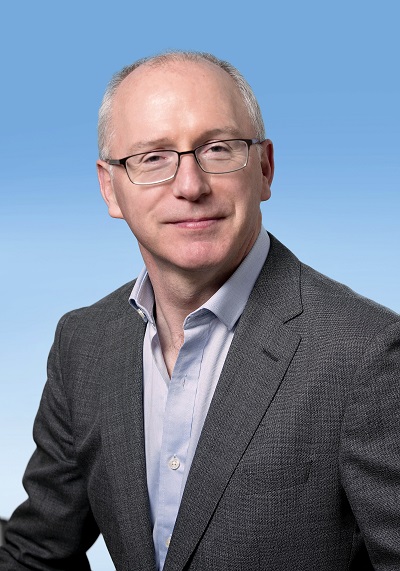 Professor Tom Fahey likes data. For the last decade or so, his work in the HRB Primary Care Centre has focused on using data to help GPs, pharmacists and other community healthcare workers to make decisions that will benefit their patients.

It is common sense to use data to deliver a better service, but it requires a monumental amount of careful research and validation to do that well.

That’s one of the reasons that the HRB Centre for Primary Care Research was set up in 2008 - a collaboration between the Royal College of Surgeons in Ireland, Trinity College Dublin, Queen's University Belfast and NUI Galway - with Tom at as Principal Investigator.

As a Professor of General Practice at the RSCI, and from his work as a GP himself, Tom had plenty of experience of the issues facing people delivering primary care.

One those challenges is to ensure that patients are being prescribed the appropriate drugs in the appropriate dosages – ideally what we want is what’s best for the patient’s health in the most economically beneficial way for the State.

'When we talk about potentially inappropriate drugs, that means that a person is prescribed or is taking medications in a way where the harms might outweigh the benefits', explains Tom. 'That’s not good for the patient, and it can also be unnecessarily expensive for the healthcare system'.

Tom has long been a fan of using clinical data and research to tackle problems, a perspective that he developed as a working clinician and researcher. A medical graduate of University College Dublin, Tom trained in general practice and epidemiology in the United Kingdom, and he was inspired early on to get involved in research while also practising as a GP.

So when the HRB Centre for Primary Care Research was set up, Tom and colleagues looked at national databases in Ireland that could offer concrete information about prescribing practices and trends.

To help improve prescribing practices for both patient and State, Tom and his colleagues developed developed computer software to support GPs when making decisions about the safest and most appropriate medicine for elderly patients. 'The software recommends alternative prescriptions or doses in response to doctors’ queries', explains Tom.

But did it work? The short answer is yes: when the researchers validated the software for prescriptions of proton-pump inhibitors or PPIs, commonly prescribed medication for controlling stomach acid, they found that it reduced the inappropriate prescriptions for elderly patients.

'These drugs are widely prescribed at a huge cost to the health budget,” says Tom. “And we showed that with this decision-support tool we can reduce the prescribing of these medications at maximal dosage in primary care'.

As well as his own research, Tom is has been working hard to ensure that primary-care researchers and healthcare workers connect and share information in a way that enables better outcomes, and what he likes about his own work is that he can combine research and clinical practice.

As for taking a break, Tom likes to stay fit by playing tennis and walking his dogs.

In February 2018, Tom became a board member of the HRB, a position he is ‘delighted’ to take up, saying: 'I hope that I can help the HRB in its strategic decision making and oversight of what is a very important national organisation'.