A broad view on risks and support for youth mental health

Professor Gary Donohoe, Program Lead for the HRB-funded YOULEAD consortium, is exploring the genetics of mental illness and researching practical steps to ensure that young people at risk get the support they need. He talks to Dr Claire O'Connell. 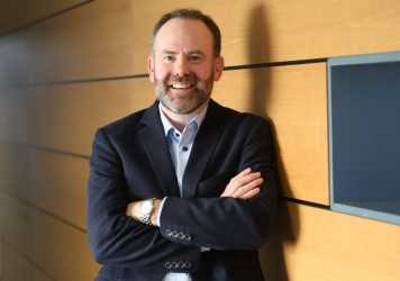 For many people with mental health conditions such as depression and psychosis, the symptoms take hold in the late teens and early 20s. Yet it is difficult for people in that age bracket to access services. What if we could identify those at risk early on, and ensure they get the right support to help lessen and manage the symptoms?

Those are major goals of Professor Gary Donohoe’s work, where he is researching the genes and brain changes that are linked to behaviours in mental health conditions, and how best to ensure that people with those conditions get the help they need.

Gary, who is Professor of Psychology at NUI Galway, started his career as a psychologist and ‘fell into’ genetics research when a post came up in Trinity College Dublin.

'I became interested in genetics because around the time I had qualified as a clinical psychologist, there was a fellowship available to work with Michael Gill, TCD', he recalls. 'It was the only job around where someone was interested in taking on a clinical fellow with a background like mine'.

That fortuitous job offer has led to a decade and a half of research into an exciting and rapidly advancing field that asks what genetic variations push up the risk of someone developing a mental health disorder such as schizophrenia or bipolar disorder.

'Relative to 15 years ago we know a lot more now about brain development, and the field has identified genes that are important', says Gary. 'Many gene variants have been identified as being linked to increased risk of developing mental health conditions, and we look at how those are linked to the kinds of behaviours that really affect a person’s life, such as ‘social cognition’, which lets you understand the thinking of someone with whom you are having a conversation'.

Gary and his team have carried out tests such as MRI scans and blood analysis on around 1500 people, 1200 of whom are patients with mental health conditions, and their work is contributing to an important finding in the field.

'The common gene changes for mental health disorders each contribute a small amount, and there are a lot of them and they are distributed around the brain', he says. 'So the thinking is that these small effects just tilt the trajectory of brain development in the early years and by the third decade the symptoms emerge'.

Understanding the genetic contributions to mental illness is an evolving and long-term journey, notes Gary, and another strand of his research at NUI Galway looks at how we can better help people with mental health conditions now.

'One thing we have been looking at is an online ‘brain training’ intervention for people with psychosis', he says. 'The HRB funded us to run an eight-week trial where we were able to show that the cognitive remediation training helped and that a large number of patients stuck with it, which is very important'.

More recently, Gary has become Program Director of a large, HRB-funded consortium of mental health professionals and researchers called YOULEAD. The aim is to improve how we identify and support young people in that vulnerable period when symptoms of mental illness may be emerging.

'Three-quarters of mental health problems start showing up between the age 15 and 25, so within the consortium we are looking at new biomarkers or signals that we can use to identify who might be at risk in that age group or even earlier', explains Gary. 'Another strand of the project is looking at why it is so hard for young people to access mental health services in this country, and then we are also building on the work around brain training or cognitive remediation to help the people who can benefit from it'.

Gary still works as a clinician, which he sees as an important factor in keeping him motivated in research.

'I see patients twice a week and it really reminds me that we are doing the research for real people', he says. 'They remind me that the research really matters'.

He is also struck by how the National Task Force on Youth Mental Health, which came out around the same time that YOULEAD started, identified several of te same issues and themes as being important.

'It’s good when you see that we are working on concerns that are felt at a national level', he says.

With a busy clinical schedule and research activities to balance, how does Gary take a break?

'I like to hike', he says. 'And I like golf, although I’m not terribly good at it. There’s a phenomenon in psychology called intermittent reinforcement, which means an occasional win will keep you interested in a task. So about once a year I do well on the golf course and that keeps me going back!'