One in six patients suffering from kidney disease in the Irish health system has gout, according to a new HRB-supported study led by researchers at the Graduate Entry Medical School (GEMS), University of Limerick. 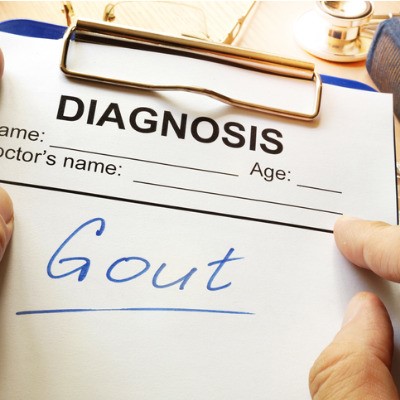 Gout is the most common inflammatory arthritis which causes severe pain and suffering due to a build-up of uric acid in joints. It affects almost 2.5 % of the adult population and causes significant pain and disability due to its effects on joints, tendons and bone. Treatments that lower uric acid levels in the blood stream are effective in preventing both the acute flares of gout and the long-term damage it causes in joints.

The researchers based their findings from the results of a national study conducted in 18 specialist Kidney Centres dispersed across six health regions (West, Midwest, Northwest, Midlands, East and Southeast) in Ireland.  Information on the presence of gout and related conditions was abstracted from medical records and detailed information was collected on health conditions and prescribed medications especially those that are used in the treatment of gout.

'The results were quite striking', says Professor Austin Stack, senior author of the study and Principal Investigator for the UL Kidney Health Consortium and Consultant Nephrologist at UL Hospitals.

According to Dr Alexander Fraser, Consultant Rheumatologist at UL Hospitals and co-author 'We were particularly interested in gaining a better understanding of the quality of treatment delivered to gout patients with kidney disease. We know from previous studies that acute flares of gout lead inevitably to more episodes of inflammation, more disability and may potentially affect kidney function. Furthermore, patients with kidney disease who also have gout may inadvertently receive non-steroidal anti-inflammatory drugs (NSAIDS) as part of their treatment, which although effective for gout, may be harmful to kidneys and worsen kidney function'.

Despite the known complications of gout, the study found that many kidney patients with gout were under treated at clinics even though these medications are effective in preventing acute gouty flares and chronic arthritis. The study revealed that 55.6% of patients with mild kidney disease were receiving urate-lowering drugs; medications that reduce uric acid levels and prevent gout attacks. The number of treated patients increased to 77.4% with severe kidney disease.

'While our study confirms that a large number of kidney patients with gout remain under-treated with uric acid-lowering medication, it was encouraging to see that treatment rates were substantially higher for patients with more advanced kidney disease'. according to Professor Stack. 'It was also noteworthy that not a single patient in our study with gout was receiving a NSAID, which indicates good clinical practice by general practitioners and kidney specialists'.

This is the first study of its kind to be conducted in Ireland, and extends the findings of similar studies conducted in US and in Europe. Patients with both gout and kidney disease represent a very high-risk group for morbidity and mortality, compounded by the individual contribution of each to adverse clinical outcomes. Given the substantial burden of gout in Irish patients with kidney disease, we recommend increased vigilance by physicians in the detection of gout and its treatment in order to reduce both disability and suffering and improve patient outcomes.

The team has produced a short video that explains their results. The RTE Brianstorm website also has an article about the research called The return of gout.

Their paper Prevalence and treatment of gout among patients with chronic kidney disease in the Irish health system: A national study is published in the journal Plos One.