The age-old issue of drug and alcohol use

Dr Anne Marie Carew gathers and analyses drug and alcohol treatment data in Ireland for the HRB, and her recent PhD shone a light on the issue of drug addiction and ageing. She talks to Dr Claire O'Connell... 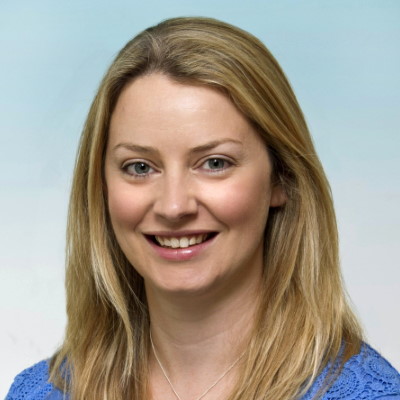 That humans misuse drugs is an age-old problem. But what do we really know about ageing on illicit drugs, and about the ageing population who take them? Now, thanks in part to work by the HRB’s Dr Anne Marie Carew, we are finding out more about patterns of problem drug use in Ireland, including the complexities of illicit use among older populations.

Anne Marie is a Research Officer with HRB National Health Information Systems, and one of her roles is to manage information about treatment for drug and alcohol use in Ireland. ‘The data is collected by services on the ground who treat people for problem drug and alcohol use’, explains Anne Marie. ‘Our information system forms part of a wider European dataset, and because we share protocols for collecting the data systematically, it means we can look at national and international trends’.

For Ireland, the figures show that treatment for problem use of alcohol and cocaine are on the rise. ‘In our most recent alcohol bulletin, we can see the numbers who received treatment for alcohol as a primary problem are increasing, and we are also seeing increased cocaine use alongside alcohol’, notes Anne Marie.

For her Ph.D., which she carried out in Trinity College Dublin, sponsored by the HRB, Anne Marie took a deep dive into a question that will undoubtedly influence health and policy in the addiction area in years to come: the issue of ageing and substance addiction. Unsurprisingly, long-term use of opioids and other drugs can accelerate the rate at which the body ages. But what is a surprise is how relatively little research had been carried out on the use of illicit drugs among older people.

She dug into the databases of information about drug and alcohol treatment in Ireland. Initially her focus was on opioids - a class of drugs that includes heroin – and she drew on treatment data for around 21,000 people in Ireland between 1995 and 2015. ‘In terms of drug epidemics, opioids is the oldest one in Ireland’, says Anne Marie. ‘Also as healthcare in general has improved, people are living longer, so I wanted to look at how this population has aged’.

One of the immediate issues was how to define ‘older’ – the addiction literature lacks consensus on the definition and is based solely on chronological age. ‘Some studies would look at people in their 40s, others into their 50s, 60s and 70s’, says Anne Marie. ‘That made it hard to compare findings, and suggested that there could be important trends that were missed. We also know that prolonged use of drugs accelerates ageing, so perhaps chronological age was not providing the full picture’.

Working with her supervisor, Professor Catherine Comiskey at TCD School of Nursing & Midwifery, Anne Marie developed a way of defining ‘older’ by combining the number of years since birth (chronological age) with the length of time using opioid drugs. Their initial findings showed that more people aged over 50 were entering treatment for opioid use for the first time, and that some were starting drug use later in life and many were injecting for longer before seeking treatment.

‘It is important to know this, because we need to understand the specific needs of a population to ensure that appropriate care is delivered’, says Anne Marie. ‘The kinds of conditions people may develop are related to ageing – such as problems with the lungs or heart – these need timely treatment, and might be missed if we don’t understand the population at risk’.

Anne Marie is proud of completing her Ph.D., and being a ‘home-grown’ recipient of HRB support to do so. ‘I was nervous ahead of the viva examination, where you have to ‘defend’ your PhD to an external examiner’, she recalls. ‘But once we started talking, I really enjoyed it. And I think my work really highlighted how useful routinely collected data can be for examining questions that are important for health policy and practice. The method I developed in my research could now be used across other countries or applied to other substances’.

Her interest in data long precedes her HRB work – Anne Marie studied statistics in University College Dublin and went on to do a Masters in statistics before working as a data analytics consultant in the financial and telecoms industries. The switch to health came when she saw a position advertised in the HRB. ‘I was lucky enough to get the job, and over the 10 years or so that I have been in the HRB, I have had great opportunities to work on data relating to drug treatment, disability service planning, ethnic minorities, ageing and infectious disease, among other things. Health information has such potential to improve how we deliver care, it is an interesting area of work’.

During her Ph.D., Anne Marie’s family grew: she now has two young daughters, and she juggles her time between work and home. ‘It can be hard to compartmentalise and leave the work behind when I finish in the HRB for the day’, she says. ‘But having young children certainly focuses the mind, and I love the family time. Also, for me there is a sense of achievement in multi-tasking and working and studying as a parent. My Ph.D. supervisor, Catherine, was a great role model and mentor for me in that regard - she helped me through a lot of tough days - and now I hope I can be a great role model for my girls’.