Research integrity is key to trustworthy science, and HRB Head of Post-Award and Evaluation Dr Maura Hiney is on a mission to build its strength in Ireland and internationally. 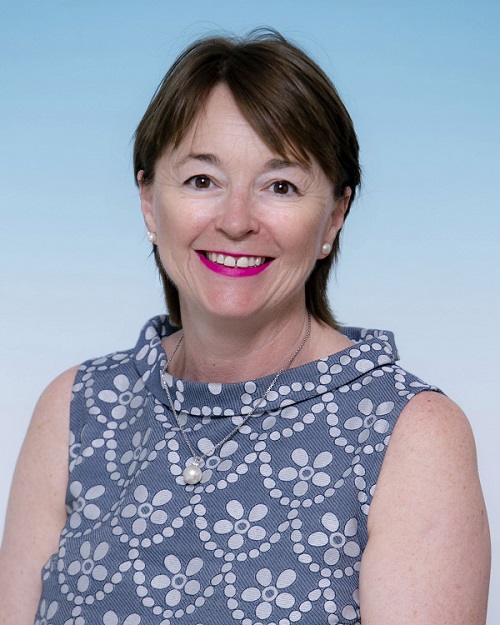 When dodgy research stories hit the headlines, they spell bad news for science. Whether it’s scientists making up datasets for their studies or doctors lying about the ability of their new methods to treat disease, it erodes trust in the process of research, both from colleagues and the public. The transgressors tend to pay a heavy price: their studies are retracted and their reputations fall several notches, possibly never to recover. Other researchers associated with the transgressor, however innocently, can also suffer damage to their careers.

But what about the more day-to-day poor practices in research? What about the researcher who massages the data slightly for a ‘cleaner’ result? Or who cherry picks the results of several attempts at an experiment for their published study? While it’s not as obvious or even intentional as downright fraud, it can undermine the quality of research.

The HRB’s Dr Maura Hiney is on the case. As one of Ireland’s leading experts in research integrity, she has been working with national and European bodies for several years to build a culture where researchers are more aware of the positives and potential pitfalls and where lapses in research integrity can be dealt with fairly.

‘Research integrity is the good practices and the ethical approach that researchers need to take to ensure the highest quality n their research’, explains Maura, who describes how problems have come to light across a spectrum of poor behaviour internationally in recent years.

‘The really serious forms of misconduct happen relatively rarely, these are the big media splashes where someone has falsified data, or plagiarised wholesale or they have just made up results. But what has become clearer over the last 10 years is that the grey areas of poor practice are far more common than we’d like to think, like where you leave out a couple of numbers on the figure to get a better line, or you use one statistical method where you should have used another. These are contributing to a replication crisis in biomedical research, where other researchers do not get the same results when they try to repeat the study’.

As one of the largest public funders of health research in Ireland, the HRB has a responsibility to ensure that researchers act with integrity, and that our money is spent well according to Maura, and for more than a decade she has been involved with forums to make this happen: she chaired both the European Science Foundation and Science Europe working groups of funding agencies in the EU.

More recently she chaired the drafting group for the 2017 ALLEA European Code of Conduct for Research Integrity which has been taken up by the European Commission as a standard for its funding programmes.  In Ireland, she is part of the National Forum on Research Integrity that includes higher institutes of education and the agencies that fund research.

So, what kinds of steps can help to ensure that researchers are aware of the need for integrity and that they know how to put that into action? ‘There are lots of approaches’, explains Maura.

‘One is to ensure that clinical trials are registered and that funders follow up to see if the results were published. You also need proper procedures so whistleblowers can feel supported in coming forward - a young researcher in a lab could spot something, and they need to be able to report that in a safe way. Probably most important is training, whether it’s the early stage researchers who need to understand how to design their projects well and use appropriate methodology and statistics, and also critically the more senior researchers need to learn the skills of good mentoring’.

Along with Professor Ray O’Neill from Maynooth University, Maura was instrumental in developing and getting agreement on a set of commitments to support good research practice policies and proper procedures for whistleblowing and investigation, which were published in 2014 as the National Policy on Ensuring Integrity in Irish Research. Out of that grew the National Forum on Research Integrity, currently chaired by Professor Anita Maguire from UCC.

‘This has been a major achievement for Ireland in that we have the major stakeholders sitting around the table, the funding agencies, the universities and Institutes of Technology and the quality agencies to discuss how to move this area on’, says Maura. ‘One of the key developments from that group is a national, virtual training environment for Ireland called EPIGEUM, which means that every researcher in Ireland can take online modules to learn about research integrity and good practices’.

The HRB and other funding agencies can now encourage researchers to do the modules, she notes, regardless of whether they are based in a university or out in the health system. ‘This training is voluntary for now, but in the future, the HRB will be insisting that every PhD student or Principal Investigator we fund will have undergone this training. All the research funding agencies generally agree this is an area where we can make a difference’, she says.

Before she moved into the world of research policy, Maura trained first as a nurse and then as a scientist, doing a primary degree in biochemistry and microbiology, a Masters degree in biotechnology and a PhD in molecular epidemiology.

At NUI Galway she had worked as a post-doc researcher on fish diseases for five years, before moving to a very different role.

‘It was the year 2000 and while there was a dean of research at NUI Galway, there wasn’t a research office there to support them. A lot of big funding programmes were coming along, such as PRTLI and the SFI CSETS, and they needed to build up an office so I took on that challenge’.

As part of that job, Maura developed a formal university ethics committee and drafted guidelines for research integrity and good research practices based on work being done in the UK. Then in 2007 she moved to the HRB, which gave her the opportunity to become involved in working groups in Europe and nationally, often as chair. ‘It really has been an iterative process’, she says. ‘And when you work with different groups you see what can be done’.

To take a break from the rigours of building a better culture for research, Maura likes to escape to a house near the sea that her family owns in Co. Clare. ‘The house used to belong to my aunt and we scoot over there anytime we can’, she says. ‘There’s no Internet access and the whole family loves the water so I go body-boarding. I’m not very good at it, but it’s good for the head’.