The National Drug and Alcohol Survey (NDAS) collects information on alcohol and tobacco consumption, and drug use among the general population in Ireland. The extent and pattern of drug use in the general population is one of the five key indicators developed by the European Monitoring Centre for Drugs and Drug Addiction (EMCDDA) and adopted by EU Member States.

The NDAS also surveys people’s attitudes and perceptions relating to tobacco, alcohol and other drug use and records the impact of drug use on people’s communities. The 2019/20 NDAS collected information from 5,762 people aged 15 and over across Ireland.  This is the fifth such survey undertaken in Ireland, providing an opportunity to observe trends over time. 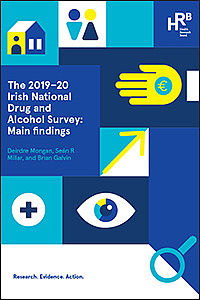 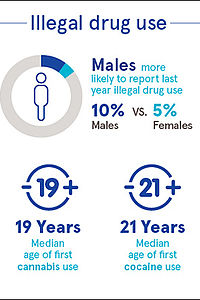 Re-use includes copying, issuing copies to the public, publishing, broadcasting and translating into other languages. It also covers non-commercial research and study. HRB policy on Re-use of Public Sector Information Regulations 2005 (SI 279 of 2005).