The power of the patient effect on health research 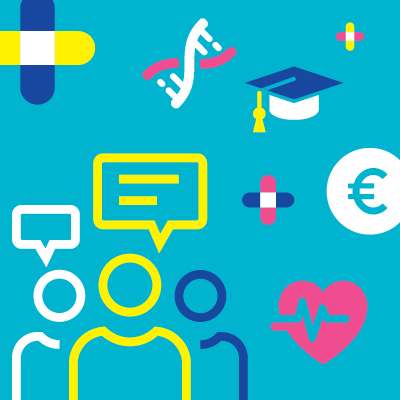 Patients and the public can play important roles in participating in and shaping health research. However, we need more of them, as well as clinicians and academics, to be aware of how they can get involved, and the difference it can make when there is Public, Patient and Carer Involvement in research (PPI).

At NUI Galway, the HRB Primary Care Clinical Trials Network Ireland and PPI Ignite Network worked with CÚRAM (an SFI Centre for Research in Medical Devices) and the Galway Film Festival to commission and screen a documentary about three patients who got involved in research. The HRB supported the project.

"As a Network, we want to involve patients and the public in clinical trials and research, not only taking part but being involved in the governance and design of studies and advising on how they want the findings to be reported accessibly. But to widen the PPI contributors involved, we need to raise more awareness among patients, clinicians and academics about the impact of PPI, and a documentary is an effective way of doing that.”

“As well as the tangible output of the documentary, this project has built an enormous sense of achievement and pride among the patients and researchers who were involved in advising or appearing in the film. It has also helped put PPI more on the map among colleagues in academia whose research can benefit from it from the early stages.”

Watch the trailer for The Patient Effect. To access the full film, please email  martha.killilea@nuigalway.ie

'The power of the patient effect on health research' is part of a wider collection of success stories across four themes from this year's annual Health Research in Action. Download the full publication.