For the first time, feedback from public reviewers have been used to help influence HRB funding decisions. 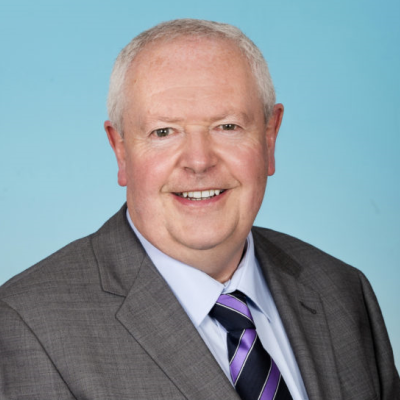 ‘This is the first time that public reviews have had a direct bearing on HRB funding decisions.

‘Before now, these public reviews have been used solely to provide direct feedback to applicant teams so they could take that feedback on board, and thereby gain experience of incorporating Public and Patient Involvement (PPI) into their research proposals.

‘The HRB is very privileged to have a large panel of public reviewers who have volunteered to participate in our public review process and all of whom who have undergone relevant training.

The new public review process was used by the review panels that were assessing two HRB post-doctoral fellowship award schemes. These schemes were, the Applying Research into Policy and Practice (ARPP) awards and the Clinician Scientist Fellowship (CSF) awards.

The process worked in the following way. In addition to feedback on the scientific aspects from the international peer-reviewers, the HRB received written feedback on the quality of Patient and Public Involvement (PPI) from two public reviewers for each application ahead of the panel meeting.

All of the reviewers’ comments (both public and scientific) were passed on to the applicants, who had the opportunity to respond. The reviews and the related applicant responses were made available to the panel before they met.

Speaking about the process, Professor Angela Shore, Professor of Cardiovascular Sciences and Scientific Director NIHR Exeter Clinical Research Facility, University of Exeter and the Chair of the Applying Research in Policy and Practice panel said,

‘The system worked really well. The public reviews were very insightful. Being able to also look at them together with the applicants’ response really helped the panel come to a decision’.

Mr Dan Rea, who was one of the public reviewers added,

‘Public and Patient Involvement offers a unique opportunity to bring the real-life experience of patients to the design and methodology of research projects. This helps to develop research questions that really matter to patients. I genuinely think that PPI adds a sense of partnership between the researcher and the patient, and leads to a more connected and stronger relationship between the research community and study groups, who ultimately share the same objectives’.

‘The inclusion of public reviews is complemented by PPI panel members using grades for the first time, which formalises their input into the panel decision. Recent applications to the HRCI-HRB Joint Funding Scheme were assessed by a panel of scientific experts and PPI members and the PPI grades contributed to the final score. The HRB will continue to explore best ways of integrating the voice of public reviews and PPI panel members into funding decisions,’ concluded Dr Cody.

If you want to know more about how HRB funding assessments and panels work, you can watch our videos about the process.