Irish researchers are successfully securing international research funding aimed at tackling neurodegenerative disorders such as Alzheimer's, Parkinson's and Motor Neuron Disease. Despite being a relatively small country, Ireland has an impressive track record of participation in these international research projects. 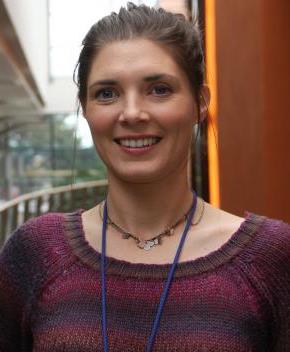 According to Enda Connolly, Chief Executive at the Health Research Board;

'Some research challenges are just so big that no one country can solve them on their own. Neurodegenerative diseases such as Alzheimer's and Parkinson's fall into that category, due primarily to the incredible social and economic burden associated with these diseases. As a result, countries are working together to pool research funding and share results in an effort to tackle these diseases'.

The Health Research Board, in partnership with Science Foundation Ireland, is leading Ireland's involvement in the Joint Programming initiative on Neurodegenerative Diseases (JPND) which aims to increase coordination of European research efforts in this area. To date Irish researchers are now leading, or involved in, projects worth more than €16 million in total through JPND initiatives.

'Ireland's approach to working in Europe is changing', says Mr Connolly. 'As well as competing with our European counterparts for research funding, we are working in collaboration with other research communities to address major research challenges. It is a credit to the calibre of Irish researchers in neurodegenerative diseases that such a small country is taking the lead in some of these large-scale international projects'.

Dr Kate Irving of Dublin City University is an important partner in ActifCare, a €2.4 million project aimed at tackling inequalities in access to healthcare for people with dementia.

Professor Brian Lawlor of St. James's Hospital is a partner in the €9.5 million-euro BIOMARKAPD consortium, an enormous undertaking to standardize biomarker measurements across Europe for Alzheimer's and Parkinson's Disease.

'ActifCare comes at an important point in planning for dementia services in Ireland with the first Dementia Strategy due in 2014. We are delighted that Ireland is represented in this consortium enabling benchmarking of dementia care across European countries.  This will allow planning to be based on sound empirical data collected in Ireland'.

Three Irish research centres are also recognised as 'centres of excellence' in this field; one in NUI Galway, one in Trinity College and a 3U partnership between Dublin City University, NUI Maynooth and the Royal College of Surgeons, Ireland. Through the support of the Health Research Board and Science Foundation Ireland, these Irish centres have participated in the 'Centres of Excellence in Neurodegeneration  'CoEN' initiative.

Under this scheme, Professor Jochen Prehn of the Royal College of Surgeons, Ireland is coordinating the NEURO-MIR project, with partners in Belgium, Germany and Spain. NEURO-MIR is taking a 'high-risk, high-pay-off' approach to developing new therapeutic approaches to a number of neurodegenerative diseases.

More information on the most recently-funded JPND projects is available at the links below and from: