The illicit drug market in Ireland

The purpose of this Overview is to compile and analyse existing data sources and available research, to identify gaps in knowledge and to inform future research needs in this important area of drug policy. The study concludes the following:

• Cannabis remains the principal drug seized in Ireland, accounting for 58 per cent of the total number of reported seizures in 2003. Between 2000 and 2003, there was a 20 per cent decrease in the number of cannabis seizures. 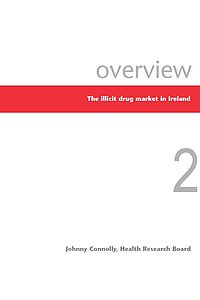