Health-related consequences of problem alcohol use

This report, from the Health Research Board, shows strong evidence of the increase of alcohol-related illness presenting to Irish hospital services. Against a background of previous reports on alcohol use in Ireland, this report shows that alcohol consumption in the Irish population has increased over the past 11 years, from 11.5 litres per adult in 1995 to 13.4 litres in 2006. This is an increase in consumption of over 17%. Over the period between 1995-2004, there was almost a 90% increase in the number of people discharged from hospital with alcohol-related problems or injuries. The number of people using beds in hospitals with alcohol-related illnesses used 117,373 bed days in 2004. This is over double the 1995 figure of 55,805 bed days. Another finding, using HIPE data, is the 147% rise in the number of discharges with alcohol-related liver disease between 1995 and 2004.

This report also looks at alcohol use in Ireland and women, young and old age groups, and minority communities. Conclusions and recommendations are included. 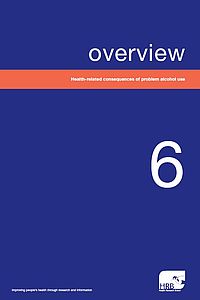