Drug-related deaths among recently released prisoners in Ireland, 1998 to 2005

The aim of this study was to investigate deaths following release from prison among individuals recorded on the National Drug-Related Deaths Index (NDRDI). A descriptive analysis of individuals with a history of imprisonment in the NDRDI from 1998 to 2005 was undertaken.

Between 1998 and 2005, 130 (5.3%) of the recorded cases had a documented history of imprisonment, 105 of whom were not in prison at the time of their death. Of these 105, 89% were male, 62% were aged between 20 and 29 years, 84% were unemployed, and 10% were homeless. Almost two thirds (61%) had a history of injecting drug use, and 34% were reported to be injecting at the time of their death. Almost one third (28.1%) of the deaths occurred within the first week of release from prison, with a further 18% in the first month. Opiates were implicated in 89% of all poisonings in the first month after release from prison. Additionally, 62% of these poisonings involved polysubstance use. The study highlights the need for more intensive prevention measures in the period immediately following release from Irish prisons, including the development of a national overdose prevention strategy. Link to the full text 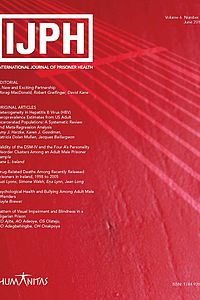