Professor Kumlesh Dev is exploring how ‘astrocyte’ star-shaped cells in the brain could be targeted to tackle a range of conditions, including multiple sclerosis, Alzheimer’s disease, schizophrenia and the rare but fatal childhood illness Krabbe’s disease. He talks to Dr Claire O'Connell ... 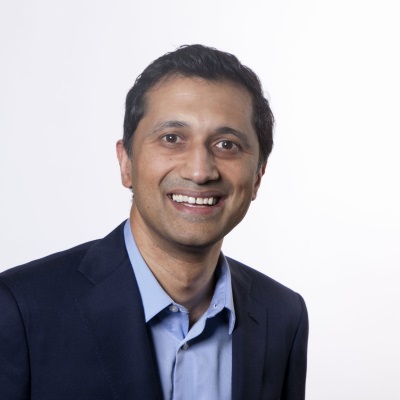 When it comes to our brains, the nerve cells we call ‘neurons’ get a lot of attention. These biological ‘wires’ make billions of connections with each other and conduct the electrical signals that allow our brains to process information. But there are other cells in the brain too, including the relatively unsung heroes called ‘astrocytes’.

These star-shaped calls are a major focus for Professor Kumlesh Dev. He is exploring how astrocytes support neurons in normal brain function, and he is studying how astrocytes dysfunction in several brain illnesses. Kumlesh has been studying these special brain cells in the hope of developing new drug therapies for brain-related diseases.

‘The work of my research team centres around investigating astrocytes for the development of new drugs and therapies for the treatment of brain-related illnesses’, explains Kumlesh, who is Professor of Neuroscience at Trinity College Dublin. ‘Astrocytes were once thought to be a ‘glue’ of the brain, but we know now that these brain cells play a vital role in normal brain function and in diseases of the central nervous system. My lab is exploring how these brain astrocytes work and what happens to them in disease. We want to study these brain cells in the hope of developing new therapies for disease’.

Stars of the show

In the lab, Kumlesh and his team look at how astrocytes function, including how they help neurons in the brain. Much like an electrical wire is covered by a plastic coating, nerve cells are covered by a protective fatty insulating coat, called myelin. This myelin sheath can be damaged in illnesses such as multiple sclerosis and Krabbe’s disease. As well as looking at how astrocytes support nerve cells, Kumlesh wants to also better understand how astrocytes help support the myelin covering around nerve cells and how, if damaged, this protective covering could be restored by various drug therapies.

‘We grow astrocyte cells in the lab in a petri dish then we alter their environment to create models of different diseases’, explains Kumlesh. ‘Using these cell-based models we can test out a variety of novel therapies. If we find new drugs that protect against astrocyte dysfunction in our simple cell based models, then we can test them in more complex brain slice models. We then test these drugs in pre-clinical studies in the lab, with a hope to finally move toward clinical studies. Drug discovery and drug development is a lengthy complex process with many intricate parts. It can take decades to create new therapies. We work with our biology, chemistry, clinical and pharmaceutical partners in the hope of achieving our goals’.

The HRB-funded work has yielded interesting results – in the lab, Kumlesh and his colleagues have shown that a class of drug that is available for multiple sclerosis seems to positively regulate astrocyte function with potential benefits in models of Alzheimer’s disease, and could limit damage to myelin in a fatal condition of childhood called Krabbe’s disease. ‘It is early, and this work will take time, but we think we are seeing some interesting positive results in our research’, says Kumlesh. ‘As a field, if we ensure that our scientists, clinicians and industry continue to work together, then this cross-talk will hopefully lead to new future therapies for these illnesses’.

Kumlesh’s interest in drugs and the brain began during his Ph.D. work at the University of Bristol, UK and grew during his postdoctoral work at University of Kyoto, Japan. He developed his work in drug discovery and drug development while working in industry, in companies such as Novartis, Switzerland and Novo Nordisk, Denmark. As the leader of a large drug discovery team for new drugs for multiple slerosis, Kumlesh became interested in the role of astrocytes, which has become a major theme of his work at Trinity. ‘I started investigating astrocytes about 15 years ago, looking at how they work and how they stop working in disease. Today I still want to know how we can control the function of these star-shaped cells in the brain and exploit them to create novel therapies’.

Kumlesh has recently been spreading the word about astrocytes through a HRB KEDS award, which supported competitions for school pupils to draw Brain Superheroes and, later, Brain Superheroes Returns. ‘We invited hundreds of primary schools throughout Ireland to take part’, he explains. ‘We provided some information about the brain and challenged the students to create a brain superhero and villain. We got hundreds of entries and the pupils put a lot of effort into them, the skill in art was quite astounding. Then we shortlisted them and the winners of the competition received scientific equipment for their school’.

Kumlesh also enjoys seeing the students in his team making their own advances in research about the brain.

‘My office is in the inner office of the postgrads in my group. When walking through, I see vibrant experimental images of nerve cells and astrocytes on their computer screens. It’s exciting to see students develop their own research. After many years, I still find it remarkable how we can look deep inside the cell, helping us to understand the molecular pathways of cell biology. Most importantly, we can then use this information to help us forge new therapies. We are on a fascinating path to discover how the brain works and how we can treat disease. It’s a privilege to conduct such research’.